Our firm which has existed for twenty nine years is recognized both locally and internationally as a dynamic law firm with an unwavering commitment to integrity, professionalism and delivery of services with skills of distinction and innovative approach to meet the needs of different clients.

The firm enjoys a reputation of adding value to transactions by advising on the structure, merits and strategy of such transactions and using its network of local and international contacts to recognise and identify opportunities for its clients. Changing times require adaptation of skills and the introduction of new services, therefore our firm is constantly restructuring and repositioning its abilities and resources to ensure that it is able to furnish clients with the widest range of quality skills and services.

Christopher Adebayo Ojo, SAN is a former Attorney General of the Federal Republic of Nigeria Minister for  Justice. He is a legal practitioner and is licensed to practise in Nigeria, England and Wales.

With early life education in Maiduguri, Kaduna and Zaria, he went on work briefly as a civil servant in Ilorin, Kwara State, before proceeding to the University of Lagos where he obtained a bachelor’s degree in Law in June 1977 leading to his call to the Nigerian Bar in July 1978. He had his first solo court appearance as defence counsel in a rape case before Hon. Justice Anthony Iguh of the High Court of Justice, Enugu, in 1978 as a member of the National Youth Service Corps. He subsequently worked at the Ministry of Justice, Kwara State, as a state counsel for four years during which period he obtained a certificate in Legal Drafting from Royal Institute of Public Administration, London in September, 1981. Thereafter, he proceeded to the London School of Economics and Political Science, University of London, where he obtained an LLM in September 1982.

In March 1983, he left government service to join the firm of Oniyangi & Co as head of chambers from where he founded the law firm of Bayo Ojo & Co. in 1986. In 2004, he was elected President of the Nigeria Bar Association (NBA) and subsequently, appointed Attorney General and Minister of Justice by the Olusegun Obasanjo Presidency. During his term as Attorney-General, he regularly appeared in court personally to argue cases on behalf of the government unlike his predecessors who had relied on outside counsels in private practice to litigate government briefs. His tenure was also notable for its efforts to decongest Nigerian prisons by engaging lawyers in private practice to defend various awaiting trial in-mates (individuals who were being held by the state without trial). He also advocated for an improvement in the welfare of younger lawyers. In 2007, he was appointed a member of the United Nations International Law Commission.

He is married to Hon. Justice Folashade Bayo-Ojo, and they have two children, Babatomiwa and Olubusola. 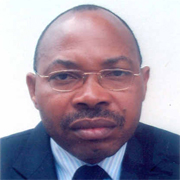 Chief Duro Adeyele, SAN who is also a Senior Advocate of Nigeria is the Managing Partner at Bayo Ojo & Co.  He was called to the Bar in 1986 after graduating from the University of Lagos in 1985.  He started practice with the Cornell O. Nwosu and Associates between 1986-1987 from where he joined Bayo Ojo and Co in 1987.  Duro later obtained a Masters Degree in Law at OAU, Ile-Ife and rose to become the Managing Partner of the firm.  His areas of specialisation over the years has been corporate/commercial practice, privatisation, ADR and litigation.

He is particularly skilled in Legal drafting and perfection of legal documents and agreements. He acts as external Legal Adviser to several companies and is an active member of the Nigeria Bar Association, International Bar Association  (IBA) and the Chartered Institute of Arbitrators (UK).  He was appointed a Notary Public in 1996 by the Chief Justice of Nigeria and conferred with the prestigious Rank of a Senior Advocate of Nigeria in 2006. 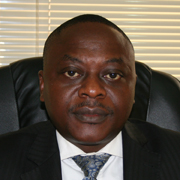 Sheni Ibiwoye is a Partner in Bayo Ojo & Co. a law firm with offices in Abuja, Lagos and Ilorin involved in corporate and commercial law practice, civil and criminal litigation and Alternate Dispute Resolution amongst so many other services rendered to clients within and outside Nigeria. He obtained his Bachelor of Law degree from the Obafemi Awolowo University, Ile-Ife in 1988 and was called to the Nigerian Bar in 1989 to practice as barrister and solicitor of the Supreme Court of Nigeria. He later obtained a Master’s Degree in law at the same University in Ile-Ife. Sheni started his career as an Associate with the law firm of Afe Babalola & Co. in Ibadan, Nigeria from where he acquired considerable skills in the art of advocacy and litigation while traversing the hierarchy of courts all over the country. He later moved to Bayo Ojo & Co and rose to become a partner in 1993. Over the years, he has been able to acquire cognate experience in Corporate/Commercial Transactions spanning Finance, Joint Ventures, Acquisitions, Foreign Investment, Litigation, Oil & Gas and Arbitration.

He has offered extensive Legal Advisory Services to the Federal/State Government and private companies with a track record of satisfying clients’ interest by demonstration of creativity, innovation and exceptional managerial capabilities. In 1998, he was appointed a Notary Public for Nigeria by the Chief Justice while in 2000, he became an Associate of the Chartered Institute of Arbitrators UK. He is currently a Fellow and member of the Executive Committee of the Nigerian branch. The Chief Justice of Nigeria on the recommendation of the Legal Practitioners Privileges Committee conferred him with the prestigious rank of Senior Advocate of Nigeria (SAN) in September 2016. Other professional bodies he belongs to include Nigerian Bar Association, Chartered Institute of Taxation, International Bar Association, Commonwealth Lawyers Association and Foundation for International Commercial Arbitration & Alternative Dispute Resolution (SICA/FICA)

OTHER MEMBERS OF  THE FIRMS [+]